series of wire sculptures. AndyMan is one of my original artistic creations. I hand twist wire into posed human forms. My AndyMan sculptures have captured the attention of well-known galleries in Europe and Southern California. These galleries have included AndyMan along with my miniature pieces in their displays.

Once upon a time, there was a planet that was completely made of metal. No life had existed there until one day a bolt of lightning had struck a sheet of metal that lay on the ground among other such sheets. This metal sheet began to twist and turn until it shaped itself into a man.
This man used his newly formed wire legs and arms to lift himself up and start walking. Every time he stepped on a metallic sheet, that sheet would also begin to form into another wireman. After a few decades, this metal planet was filled with life.
Nevertheless, disaster had struck. The molecular activity and weather had lead to oxidation occurring on the entire planet, which had caused mass fatalities by gradual decomposition. Fortunately, this planet was soon to be saved by an angel who had observed all the suffering that these wiremen were going through.
Since she was filled with compassion, the angel Vida had created a new atmosphere where all the wiremen could survive and prosper. Soon thereafter this angel had disappeared. Although this planet was blessed with miracles, great misfortunes had equaled them, but the greatest misfortune was yet to come. Behold, acid rain had begun to melt away the wiremen until finally, the planet had completely exploded, causing all the particles to scatter in space.
Thousands of years later an artist was exploring the desert and found an amazing artifact, the hand of a wireman. Amazed and awed by his discovery Andreas wanted to create the man who matched the hand. After he made these breathtaking men, Andreas realized that as the creator and designer of these wiremen, he should name them after himself, so he called them all AndyMan. Now Andreas awaits for the arrival of that miraculous angel. 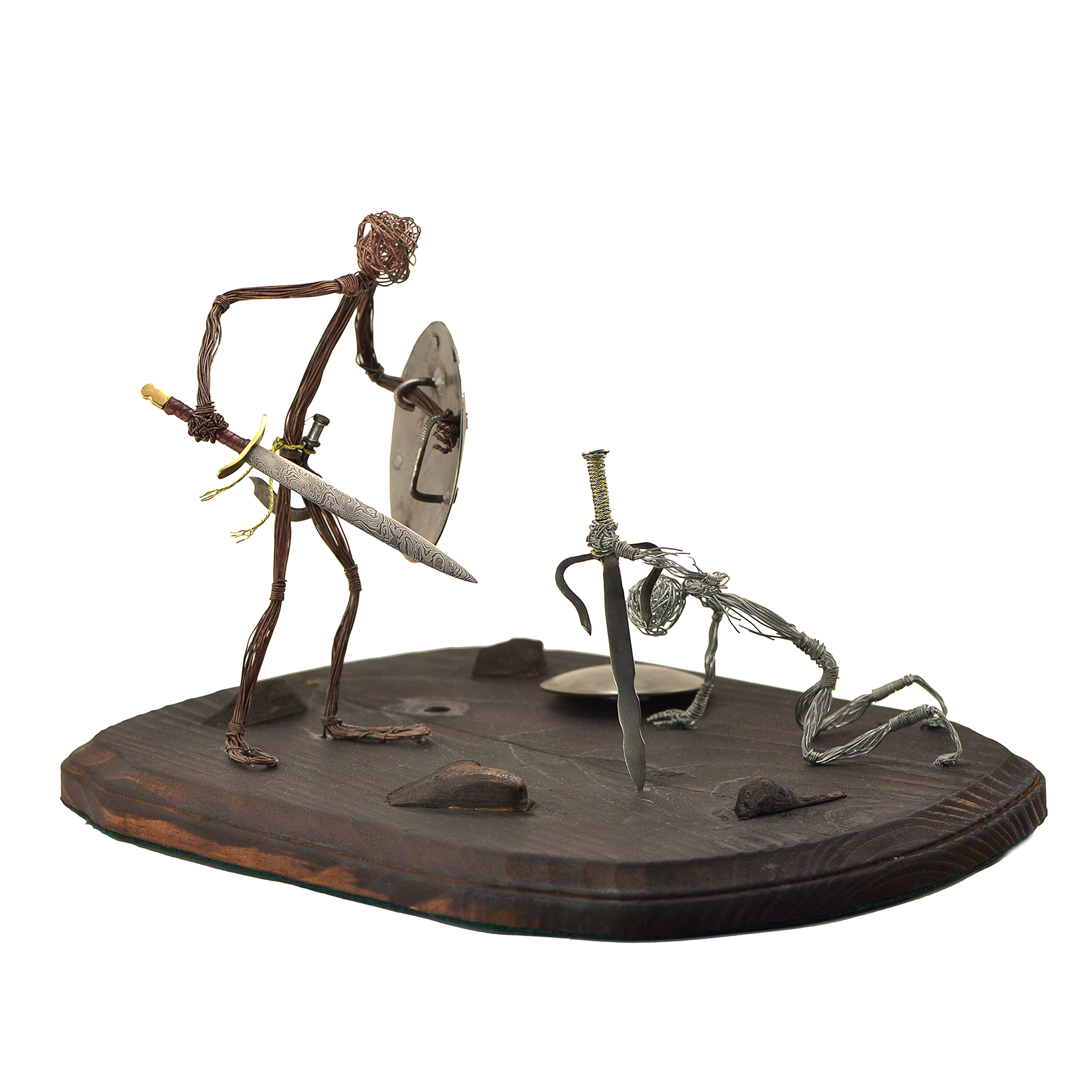